Getting information on 2nd Jan. that there would be a partial eclipse of the sun (P.e.o.t.S.) on 4th Jan.-which you can watch in Germany-I got instantly very excited about going out and watching it. After making plans with my family, we got up at 4:00 am that particular day and started driving at 4:30 with destination “Zugspitze”, the highest mountain in Germany, some 190 km away. Because the weather forecast predicted fog for the lower parts, we thought it would be best travelling up to the mountains. Knowing we would be up on top of the Zugspitze (2962 m) with a cable railway in less than 10 min., this was our best chance of seeing the P.e.o.t.S.. On our way up there has also been a camera team of Bavarian Television, which was quite funny.

At least there havn´t been to many people up there. It was some minus 17 degrees cold, with a strong wind blowing   it felt even more cold. As soon the sun came up around 8:03 am, there also started to form patches of low stratus above the mountain ridge. What a pity! While I was anxiously waiting for the big conjunction, my wife and the kids went inside to the observation cafe, from where they had also a good-and even warmer-view for the spectacle. 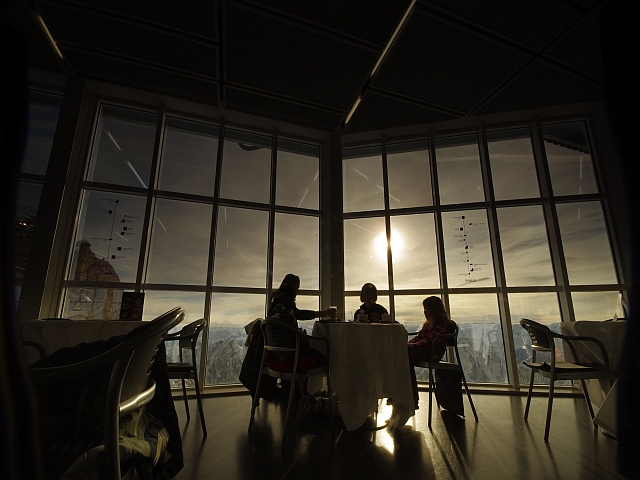 After waiting for a while, I decided to go in too, because I felt really bad being out in the cold and not getting a properly few at the eclipse. I´m also ashamed to admit, that I hadn´t got proper filters to view and photograph the eclipse. I learned the hard way that solid and graduated density filters wont do it! Anyway, it was my first attempt, though there will be two more P.e.o.t.S. this year, but not visibly in Europe. To see “corona photos”, I attached two links further down. But photographing on top of Germany was exciting too. 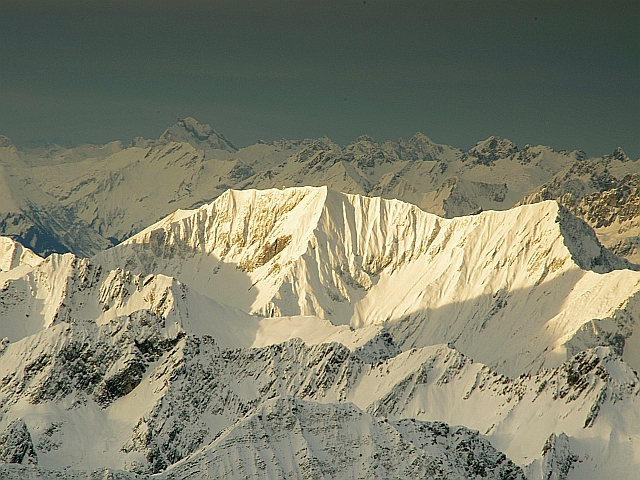 For me, the main goal was to celebrate this event, which is not quite often to see and which connects me a lot with the older cultures I admire so much, like the Sumerian. Being aware watching this spectacle, shows me a great humility for life itself!